Competition B/W Android and I Phone

I Phone and Android: A Look at Competition 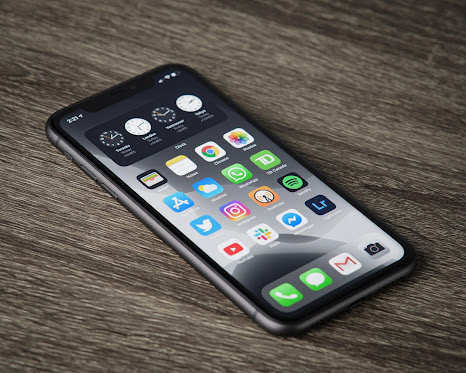 Surely it is understood to everyone that only one company will rule the whole industry of mobile phones in terms of market share, the other domination may on the base of earnings chart despite having the comparatively low presence in market level.

The battle between iPhone and Android is increasing day by day. When we hear the name mobile phone, the two names came to our mind are I phone and android phone.

There are many history-defining moments in last 80-90 years or so. Both iPhone and Android want to get higher place in market and both are trying to make their products best and don't want to let the other run away with success, this competition is still continue and it is becoming more interesting day by day.

They both are like rivals to each other. It is really tough for anyone to announce the winner in their competition. However, I am trying to have a look at the past of both companies and I will try my best to find the one that should stand to be the first.

I will also look into the future to predict where their rivalry goes ahead and which will have the higher place in market in upcoming days.

Rivalry between I Phone and Android

iPhone Sales in the Last Years

Apple was able to sell just 3.7m iPhones in the year 2007, while in the same year of 2007 Steve Jobs launched the iconic smartphones. However, he was able to sell a huge amount of smartphones of abut 231.5m units in 2015, which is the best and amazing till date. Since the year 2009, the Cupertino-based company has been in the top five smartphone selling company in the world. Since 2012, Apple got the spot of the second most popular smartphone sellers in the world and sold many smartphones and got it second position in the market.

“ First Apple was among the top 5 smartphone seller companies in the world since 2009 and got second place in market just after 3 years. When Apple and Samsung grew their market, the position of Nokia and RIM got down. Samsung was in lead than others and got a share of  about 20-30 percent since the year 2012.

In the year 2015 a  Korean company of electronics shipped about over 320 million smartphones in the whole world. Apple has continuously been the closest competitor of Samsung, and Apple got second position in smartphones seller in the year 2012.

The market share of Apple has varied between 14-21 percent over these years. The demand in I Phone of Apple has consistently increased all over the world in last few years, that is going high from almost 170 million units in 2014 to more than 230 million iPhones sold in 2015 alone.”

Numbers of phone sold by Android in the Last Years

Since year 2010, Android has been leading the market of mobile phones selling share by a huge margin. As we compare android with iOS with 13% market share, Android has about over 85% presence in the worldwide market. From this anyone can easily say that Android has been having a great and significant lead over iPhone by sales and hope will most probably continue to lead the chart in the future.

Led by company of Samsung, which has been leading the market all over the world with the share of about over 20%.

“It was expected in last year 2019 that more than 1.8 billion smartphones would be shipped worldwide, by a projected growth of more than 400 million units in comparison to the numbers of year. Samsung is the company that leads the industry of mobile phones in terms of shipments. The company’s figures have been increasing at a very high rate in the recent years, it allows Samsung to be at a large distance from its competitors.

The South Korean company went on shipping from 2.4 million smartphones worldwide in the first quarter of 2010 to about more than 85 million units in the last quarter of 2015 lonely, and I think that is a great achievement. In the year of 2015, Apple company shipped, on average of about 58 million units per quarter.”

“Most of the success of  Samsung in the industry of smartphone can be concluded by introducing the Galaxy smartphone line in the year 2009. Thanks to this product line, that the Samsung company has taken the lead in selling the smartphones globally in 2011.

Which one Won the Battle When It Comes to Earning More Money?

If we talk about money that which company is having more profit then the latest numbers says that Apple gets about 90% of all profits in the business industry of smartphones; and leaves only 10% for it's all rivals in the world to fight for 10%. This is really amazing, isn’t it?

So, Which one of these Two Won the Battle?

Being honest, it is really tough to rule out Android as it enjoys a great success. If even a vendor on the road is able to own a smartphone and use it in today life, huge credit go to Android and I really appreciate it.

Without any doubt, it has played a great role to take the smartphone in almost every home and every hand as we see little children also have phones. In short I will say it is a great success and an unbelievable achievement. Whereas iPhone has amassed money thanks largely to what it brings to the table, and excellent user-experience.

If we have a look at success from the view of profits or earning money, it is surely Apple that has won the battle. But, if we have a glimpse at the success of Android and how significantly it has benefited the common man, I will go for it.

For all said and done, I have to give the title of winner to Apple as it earnes far more than its rival all over the world.

Popular posts from this blog

Android How To Block Ads

Every app and every video is using ads for benefit of their own purpose. In this topic, I will tell you how you can block ads appearing on your device. When we open a certain application, it starts showing its ads. It does not matter, it is a gaming application or any other application, it shows ads. The developer or programmer of the application makes ads that are beneficial in their earning. Today I will tell you how you can block ads. When you want to open the specific app that displays ads, a very simple method to block ads is that you should turn off your mobile data or if you are using any wi-fi network then turn off your wi-fi connection. It will be helpful to block ads on both android and Iphones. You may turn on airplane or flight mode on your phone to block ads. If you want to block ads on Google Chrome., then open it.. Search U Block's ads application  You can also install an ads blocker on your device. Open u Block's website. An application will be given there, down
Read more

PDF To Word I Love PDF

The world has made great progress in the field of science and technology. Now there are many facilities available for you on the mobile phone. You can use text-to-speech and speech-to-text options. The persons even who is illegible can also write a message with the help of speech-to-text function. Some use WhatsApp's voice notes. If you want to convert your pdf into words, the best application use for this purpose is Adobe Acrobat. You can use many more options in this application.  You can use pdf to the word by using online on google chrome. Select a file button and drag to the and drop pdf to drop zone. Select the pdf you want to convert the document. Watch Acrobat convert automatically. Download converted text. PDF to word converter is available online free. You just have to go pdf to word converter online 100%.free. Open it and choose the file you want to convert the pdf to word.
Read more

When we hear the word mobile phone, two names come into our minds. One is android and the other is the iPhone.  Today, I will tell you some stunning features of the iPhone. 1) Clear RAM Of iPhone Mobile The trick to run your iPhone faster is to clear RAM. Press the sleep button for a long time until the "slide to power off" message appears. After that, press and hold the home button. In just a few seconds, the screen will flicker and return to the home page. RAM of your iPhone will be cleared. 2) Exact Time Of A Message iPhone Mobile If you want to know the exact time when your message was sent, follow the given steps: Open Message app. Tap on the message you want to view timestamp. Slide your finger from right to left. Now you will see time for every message separately. 3) Text Character Count iPhone Mobile This feature gives you an opportunity that can count the number of characters you typed before you can send it. Open Setting option. Scroll down and open Message. Click t
Read more